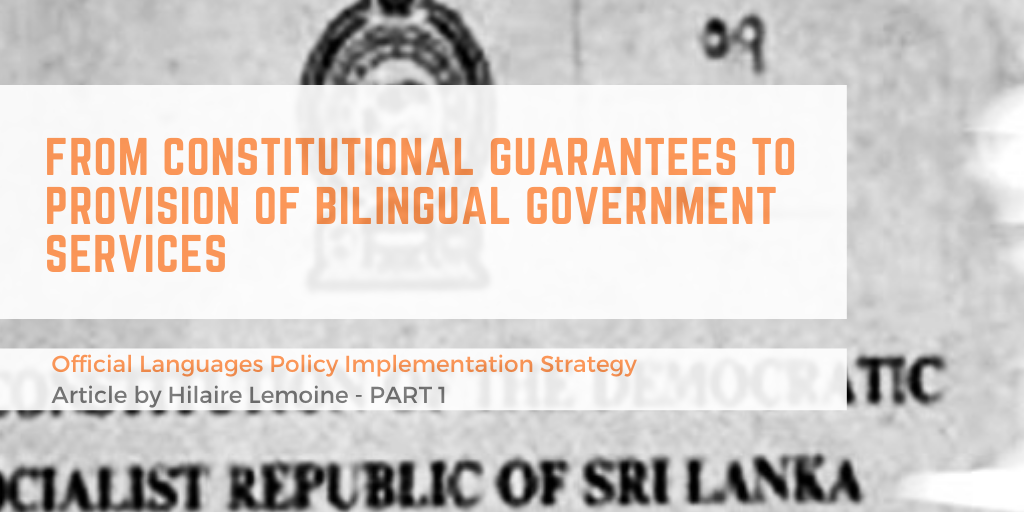 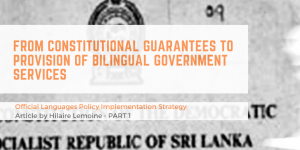 The Constitution (1978) of Sri Lanka (Chapter IV, Articles 18 to 25) contains a clear set of language provisions which guarantees that no citizen shall be discriminated against on grounds of language, and entitles every citizen the freedom to enjoy and promote his own culture and to use his own language.

Following are the language provisions :

The language provisions of the Constitution reflect the vision of the people of Sri Lanka and its Government to create a society which promotes understanding, diversity and social cohesion, through the knowledge, respect and appreciation of each other’s language and culture. For this vision to become reality however, it needs to be translated into a set of objectives and initiatives which will make both Sinhalese and Tamil speaking communities feel well represented and well served by their government.