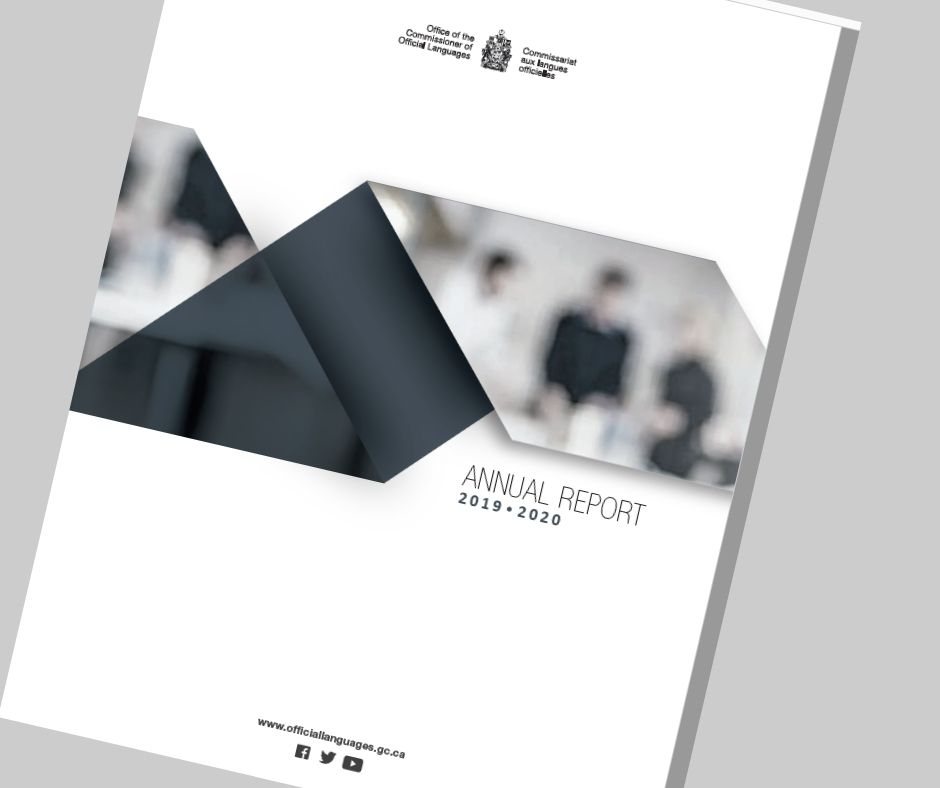 The Canadian Approach to Annual Reporting

The Annual Report of the Commissioner of Official Languages for Canada 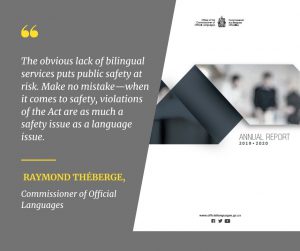 A Matter of Respect and Safety: The Impact of Emergency Situations on Official Languages.

In October 2020, the Official Languages Commissioner for Canada also published a Special Report – A Matter of Respect and Safety: The Impact of Emergency Situations on Official Languages. The report is the result of an in-depth analysis of emergencies that occurred between 2010 and 2020 (Covid 19 pandemic for example). It provides an overview of Canadian’s official languages experiences and identifies potential solutions to improve the government’s compliance with official languages obligations in its communications with Canadians in times of crisis and emergency situations. 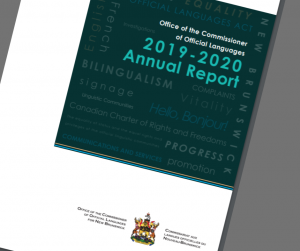 The Annual Report of the Commissioner of Official Languages for the province of New Brunswick takes a very public-friendly approach. The Report opens with a Forward which provides a summary of the Official Languages Act of New Brunswick, as well as the scope of its application. A brief Message from the Commissioner follows with a very personal introduction of the new Commissioner, and a presentation of the mission and responsibilities of the Commissioner’s Office. An Overview of the proposed amendments to the revised 2002 Official Languages Act, based on past investigations and studies, with a series of specific recommendations follows. A section entitled Compliance with the Official Languages Act deals with complaints and the resolution process, provides statistical tables on admissible complaints received and acted on by region, by service type and by institutions during the period of April 2019 to March 2020, followed by a descriptive Summary of Action taken in response to complaints from specific institutions. A section entitled Legal Matters presents a court case related to the respect of minority language rights in the area of education in the province of British Columbia; initiated in 2010 by the French Language School Board and a Parents Association who filed a court case against the Province of British Columbia claiming that the provincial education system does not provide adequate and equitable funding to the French language minority schools; the case went from the Provincial Court, to the Court of Appeal and finally to the Supreme Court where a decision in favour of the School Board was pronounced in 2019; the SC decision will have jurisprudence in similar cases in Canada.  A final section, Promoting the Advancement of the Official Languages, deals in particular with the production of two series of promotional videos, in the context of the 50th anniversary of the Official Languages Act, shared online and subsequently broadcasted on television. 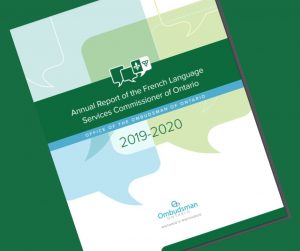 nism and the resolution process, some examples of the pro-active approach with public institutions and citizen organizations, and a description of Communications and Outreach activities with key stakeholders. The section 2019-2020 Highlights presents statistics on the number and types of complaints received, on the most complained-about institutions, and on the number of Communication and Outreach activities/events/meetings undertaken. The section 2019-2020 Overview presents a summary of the complaints received, with a description of cases in the areas of Government Communications (Covid 19, Local Public Health Units, Emergency Alerts, Traffic Signs), and of Government Services (In-person Services, Service Ontario, Transportation Sector), with specific recommendations to the Government. Finally, the Report contains an Annex which includes the List of Recommendations, an Achievement Report based on work objectives, and a List of Meetings with the Franco-Ontarian community.

The above mentioned three Annual Reports, although the content differs given the specific situation of each jurisdiction, the approach taken, and the method of reporting are very similar to mandates and functions of the Official Languages Commission of Sri Lanka, especially on the role and mandates in reporting on status of Official Languages Policy implementation in Sri Lanka.

The objectives of the OLC are to recommend principles of policy, relating to the use of the Official Languages, and to monitor and supervise compliance with the provisions contained in Chapter IV of the Constitution, promote the appreciation of the Official Languages and the acceptance, maintenance, and continuance of their status, equality and right of use and conduct investigations, both on its own initiative, and in response to any complaints received, and to take remedial action as provided for, by the provisions of this Act. The powers of the OLC are to initiate reviews of any regulations, directives, or administrative practices, which affect, or may affect, the status or use of any of the relevant languages, issue or commission such studies or policy papers on the status or use of the relevant languages as it may deem necessary or desirable and undertake such public educational activities, including, sponsoring or initiating publications or other media presentations, on the status or use of the relevant language as it may consider desirable.

Section 32 of the Act refers to the obligation of the Commission to provide an Annual Report to the Minister responsible for Official Languages to be submitted to Parliament. 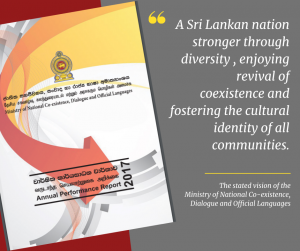 he Department of Official Languages (DOL) and the National Institute of Language Education and Training (NILET). Following is the link to the Ministry’s 2017 Performance Report: