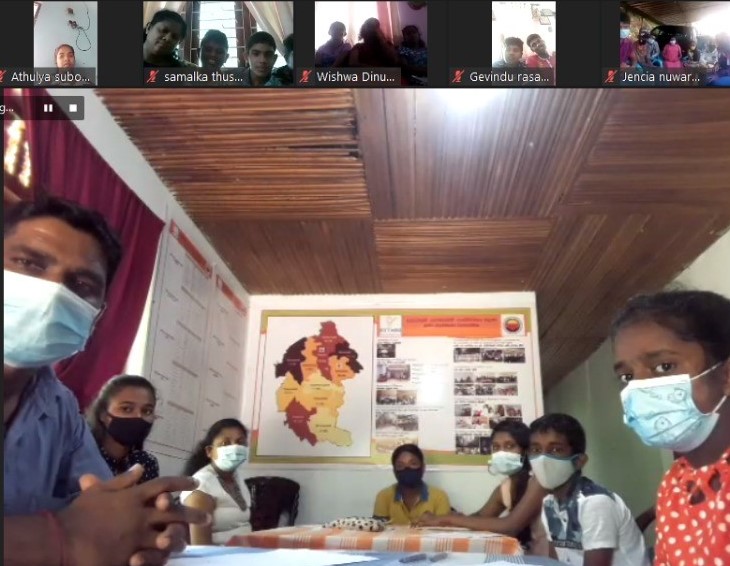 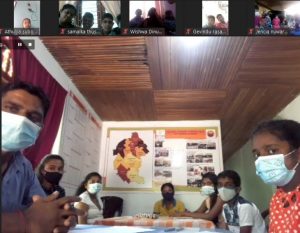 “Young people should be at the forefront of global change and innovation. Empowered, they can be key agents for development and peace. If, however, they are left on society’s margins, all of us will be impoverished. Let us ensure that all young people have every opportunity to participate fully in the lives of their societies.”
— Kofi Annan

The COVID-19 pandemic caused many challenges to the plans of all our NLF beneficiaries. When faced with barriers to commencing language classes, Sarvodaya was quick to identify  the risk of the students losing faith and interest in participating in language classes.  High dropout of student beneficiaries was anticipated. Retention of student interest and maintaining motivation to participate became integral to achieving the overall project goals. Which led to the fast tracking of establishing Language Youth Clubs.

Sarvodaya was quick to identify potential student leaders  from the 5 project districts to lead the Language Youth Clubs. Sarvodaya then organised virtual meetings via Zoom bringing together the Language Youth Leaders and District Coordinators  from the 5 districts. These virtual meetings created a forum for the language club leaders to brainstorm and dialogue with each other, sharing ideas, suggestion and opinions about the planned project implementations. These meetings also created the impetus for the club leaders to proceed with planning the future activity of their respective Language Youth Clubs.

Having their voices heard and validated has not only contributed to the active participation of the beneficiaries in the project, but it has also motivated these youth to proactively engage and take ownership of the overall goal of the project; “Improving the language intelligence among different communities thus inter-personal relationships are developed through the promotion of values towards national reconciliation.” Sarvodaya’s timely initiative has not only ensured continued beneficiary  interest in Second Language Learning, but it has further enhanced student enthusiasm to promote language rights and support the implementation of Official Language Policy in the country.

The  National Languages Fund (NLF)  administered by the National Languages Equality Advancement Project supports a variety of Sri Lankan organizations like Sarvodaya, including women’s and youth groups, to promote language rights towards reconciliation, a better acceptance and appreciation of cultural diversity as a national strength, and the improved capacity of citizens to communicate in the official languages. The Fund anticipates a range of initiatives including strengthening the governance of Language Societies, developing capacity of civil society organizations, fostering effective partnership amongst synergistic organizations, improving language teaching, raising citizen awareness of language rights and of government obligations, supporting national/local fora and research to disseminate best practices. NLEAP is a Government of Canada supported project designed to respond to the GoSL’s goal to protect and promote the language rights of all its citizens and support and strengthen the OLP implementation with the Ministry of Public Services, Provincial Councils and Local Government and its affiliated institutions. These agencies include the Department of Official Languages (DOL) and the Official Languages Commission (OLC), the National Institute of Language Education and Training (NILET). NLEAP also supports selected universities through the University Grants Commission (UGC). NLEAP is managed and implemented by Alinea International under contract from Global Affairs Canada.