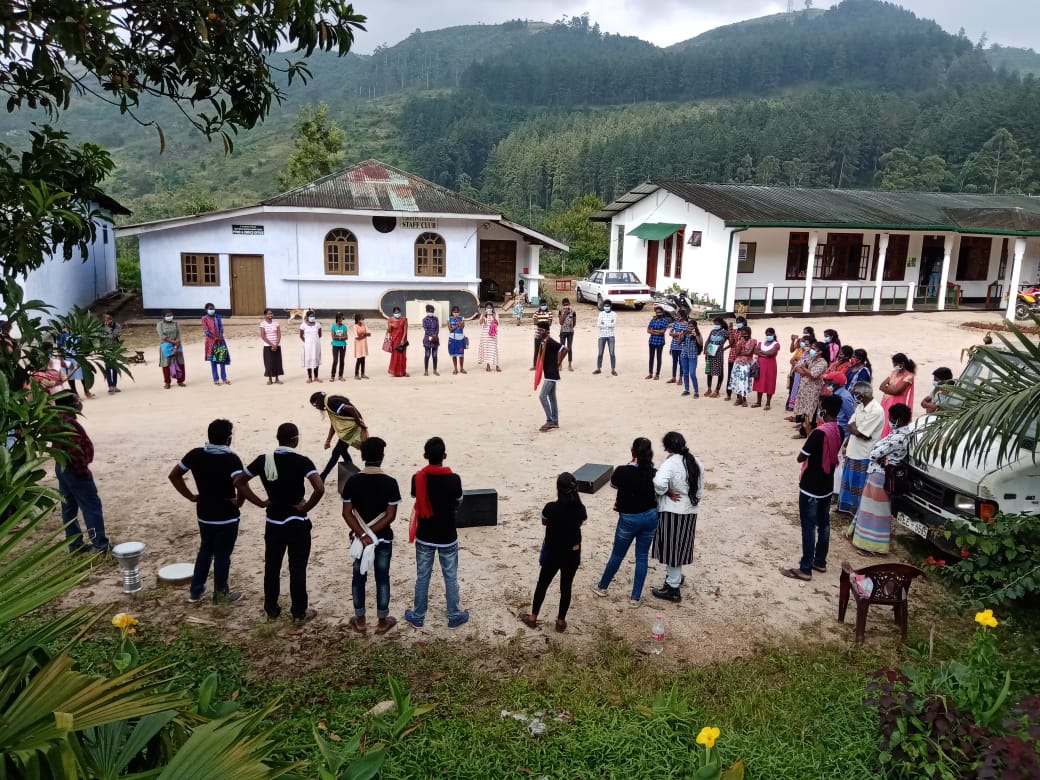 Even though Ceylon Tea is world famous, and the Tea Industry in Sri Lanka is one of its key foreign revenue generators, the backbone of this industry, the tea plantation worker still lives below the poverty level. NLF Partner, Chrysalis is actively engaged in the DS Divisions of  Ambagamuwa, Walapane, Kothmale in the district of Nuwara Eliya, to promote the language rights of marginalized communities living and working in the tea plantations, especially women and youth.  The ‘Right to Language Project’ by Chrysalis foresees that ensuring the effective implementation of the Official Languages Policy, by facilitating bilingual service provision by Service Providers in the selected project areas, as being critical to helping these marginalized communities have increased access to public services in the language of their choice.  As such the approach of Chrysalis is to: firstly, to facilitate the provision of bi-lingual services to plantation communities by increasing the responsiveness and accountability of the selected local authorities and government administrative structures ; secondly to improve language readiness of Praja Mandalas and Community Development Forums, particularly of women and youth leaders, by increasing their skills to ensure entitlements over language rights.

One of the key activities identified by Chrysalis to promote community engagement and advocacy for language rights was to conduct Forum Theatre Shows using a young theatre troupe from within the plantation communities to create awareness on language rights. Compared to the other sectors (urban & rural) the percentage of the population (especially the older generation) who can read & write in the plantation sector is minimal. Therefore, the audio visual mode nature of Forum Theater, with its dramatic kind of performance having high appeal amongst the intended audiences, was selected as an effective mode of communicating and connecting with them. The forum theaters were scheduled to complement the work schedules of the tea pluckers, and were timed to be performed when they came together to handover the tea leaves they had picked. The audiences were very responsive to the engagement style of forum theater which encouraged them as audience members to interrupt mid scene. They were quick to debate and engage in contributing ideas on how the issues presented by the drama plot could be resolved in a more peaceably. The discussions among the audience members on the main topics proved to be fodder for other discussion forums.

25 Forum Theaters were conducted by Chrysalis targeting women and youth in the tea plantations belonging to the DS Divisions of Ambagamuwa, Walapane, Kothmale. The objective of these forum theaters was build awareness amongst the audiences of their Language Rights and privileges. An aspect incorporated into these forum theater narratives was the aspect Gender Equality, provoking conversation on how violations of Language Rights affect Women’s Rights and Women’s Empowerment. Of the over 1,800 persons who attend the forums  approximately 1,275 were female and  600 male. 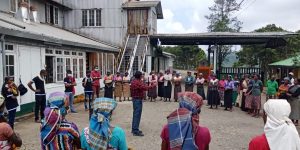 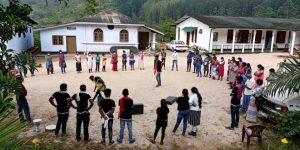 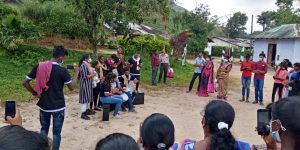 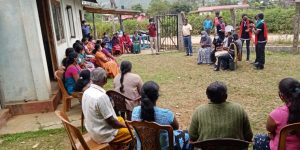