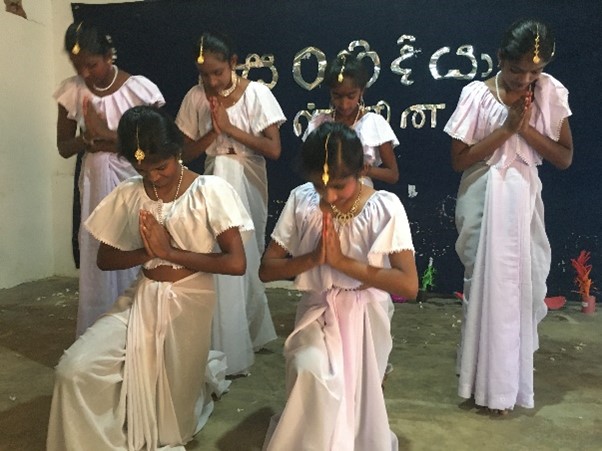 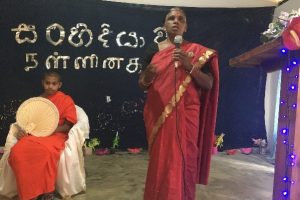 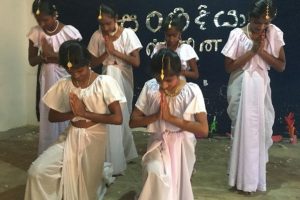 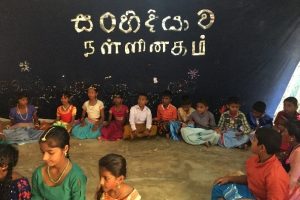 Recently NLF Partner, Palm Foundation conducted a special event at the Kosgolla village in Walapane on 26th of May 2022 to celebrate the completion of the Tamil language class. Nearly 300 community members including children, youth and adults participated in this full day event organised by the Language Promotion Committee of the Kosgolla Village.  The 75 Children who successfully completed their Second Language Course in Tamil proudly received their certificates. They enthusiastically showcased their new language skills, displaying their many talents with Sinhala and Tamil cultural Items, attired in traditional local costumes, highlighting a key aspect of their Language course – the respect and appreciation for the diversity of culture. The Second Language Courses were conducted with the support and collaboration of NILET Instructors. The cultural and language books prepared by the participating students showcased how the interactive learning methodology has helped nurture their appreciation of the Tamil language and culture. The Social Integration Officer of DS Walapane and Ambagamuwa, Grama Niladarees, Development Officers, Samurdhi Development Officers, OICs of the police and other special guests who participated in the event were all inspired by the impact these young children were having within their community as catalysts of attitudinal change. Their influence is a testament to the vital role Language Learning can play in promoting integration and reconciliation.   One villager with heartfelt sincerity noted: “This is really an important event in the history of our village. Through our children and their Second Language Classes we have learnt the important lesson of how to respect our Tamil brothers and sisters and their culture.” 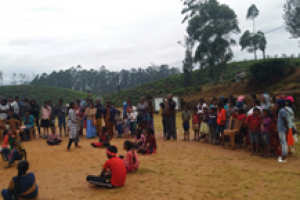 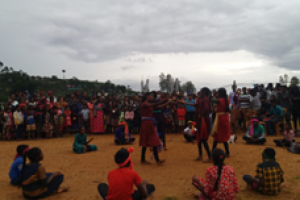 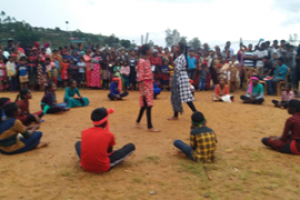 Palm Foundation also organised three street dramas to build awareness about the Official Language Policy and Language Rights.  Performed on the 22nd,23rd,and 24th of May  in the Amabagamuwa DSD the Sinhala and Tamil  street dramas were attended by over 1200  people who thoroughly enjoyed this engaging method of awareness creation. The interactive nature of street dramas is proved to be an effective means of engaging the plantation and rural communities in conversation about their Language Rights. Equipping them as a community to recognise any violations and building a sense of agency and advocacy for Language Rights are important aspects of Palm Foundations work amongst the plantation community.

Working under the theme ‘Promote Language Rights towards Human Dignity’ Palm Foundation is actively engaged in advocating the implementation of the Official Languages Policy amongst key plantation sector stakeholders and improving the bi-lingual communication skills among the men, women and youth in villages and plantations in Nuwara Eliya district.  The PALM Foundation has been working in the Walapane, Nuwara Eliya, Ambagamuwa areas of the Nuwara Eliya District to build awareness and understanding about Language Rights.