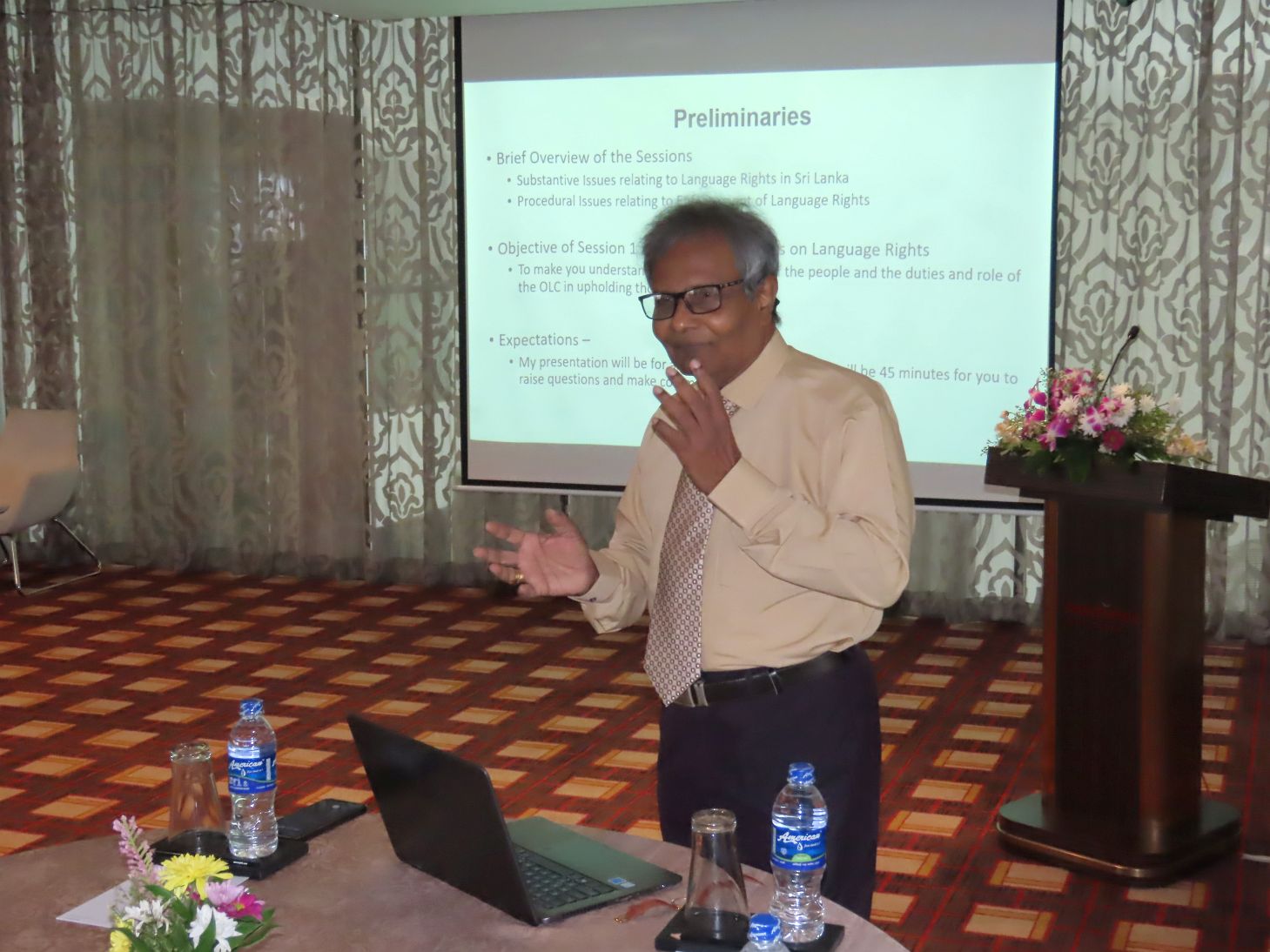 OLC, supported by NLEAP, hosts an orientation session for its new Development Officers

Ms. Malraji Wanniarachchi (Capacity Development & Governance Specialist, NLEAP) warmly welcoming everyone, congratulated the new members on their exciting and challenging new roles as champions for Language Rights. In his speech Mr. M. Thirunavukarasu ( Deputy Director/NLEAP) explained the intentionally participatory and interactive nature of the session and invited the participants to actively engage in the discussions. Mr. D. Kalansooriya, (Attorney at Law/Chairman, Official Languages Commission) voiced his particular appreciation of having the orientation and discussions led by a Language Policy Veteran in the ilk of Prof. N. Selvakkumaran.

Professor’s first presentation on “ Official Languages Policy and Language Rights” gave a succinct and lucid overview of the substantive issues relating Language Rights in Sri Lanka. His next session on Official Languages Commission & OLP Enforcement  explored the procedural issues faced in the enforcement of Language Rights. As Professor articulated in his inimitable way, his role was to help the participants understand very clearly the Language Rights of the people, and the duties and role of OLC in upholding those rights. The discussions following both presentations were lively and interactive, giving the participants the opportunity to raise questions and make observations on how their learning impacted and influenced how they foresaw their role at OLC.

Supporting the OLC to organise such discussions is part and parcel of the technical assistance provided by NLEAP to support the effective implementation of the Official Languages Policy. 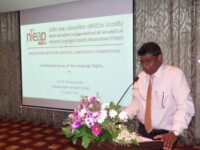 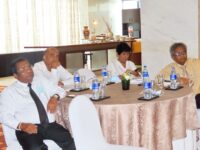 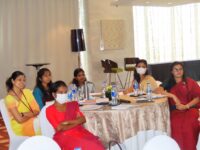 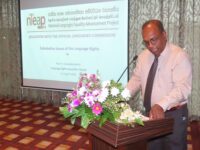 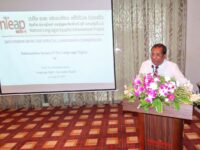 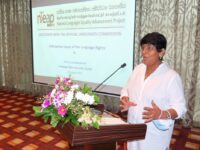 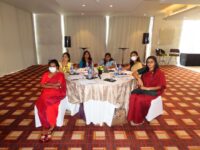