Language, a key marker of identity, has been fundamental in human communication. Every nation and government needs to take action to uphold language rights of all citizens. In Sri Lanka, language rights have played a significant role in the struggle for power and resources of the different ethnic societies. 1956 marked a critical chapter in the island’s implementation of the Official Languages Policy (OLP) where the Sinhala Only Act disregarded the Tamil language and deliberated Sinhala as the only national and official language. That decision was one of the root causes for the three-decade civil war which ruined the country’s economic and cultural progress. Chapter IV of the Constitution of the Democratic Socialist Republic of Sri Lanka embodies the country’s law pertaining to language rights. The 13th and the 16th amendments made to the 1978 constitution have recognized Sinhala and Tamil as official and national languages with English given the status of a link language.

However, as academics we believe that many changes at the institutional and political levels are required to address the failures of the implementation of the Official Languages Policy. Though the constitution, the supreme law of the country has given the same recognition to both Sinhala and Tamil languages, its implementation has frequently caused issues. In a multilingual country like Sri Lanka, there is a tendency to consider one language (generally the language of the majority) as intrinsically superior to the language/s of the minorities. In such a context as this, we believe that it is important to address the needs of the linguistics minorities and empower them to access services using their language. Failure to do such would adversely impact the values of the human society. So, the active involvement of the government agents working in the ministries, departments, local authorities, and other institutions is essential for the effective implementation of the OLP. Currently, despite the fact that the trilingual policy has been formally adopted, in most parts of the country, the services are rendered only in Sinhala, and in Northern and Eastern provinces the essential documents are handled only in Tamil. This clearly shows the gap of both authorities and the general public with regards to the OLP.

Amidst such inefficiencies, the BA (Hons) Degree Programme in Translation Studies was introduced in three universities of Sri Lanka: University of Kelaniya, Sabaragamuwa University of Sri Lanka, University of Jaffna and last year the Eastern University also took up the challenge and started its degree programme. This degree programme was introduced as a result of the discussions held between the University Grants Commission and the Government of Canada. The platform for discussion was created by the National Language Project (NLP 2011-2018) funded by the Government of Canada. One of the major objectives of the BA (Hons) Degree Programme in Translation Studies is to support the implementation of the Official Languages Policy of the country by producing competent trilingual translators and interpreters to fulfill the language needs of all citizens The National Languages Equality Advancement Project (NLEAP) is specifically designed to strengthen the implementation of the OLP. The project has immensely contributed to preserve and promote the language rights of all Sri Lankans. The project works in collaboration with the Department of Official Languages, Official Language Commission, National Institute of Language Education and Teaching and other institutes in realizing the effective implementation of the OLP.

NLEAP has further organized many activities to strengthen the Sri Lankan government’s capabilities of ensuring that its citizens are getting the services in their own language. As far as the four universities are concerned, NLEAP (then NLP) was the main source behind the initiation of the BA (Hons) degree programme in 2014. In 2021, NLEAP organized the Training in Translation Pedagogy Program (TTPP) conducted by Prof . Malcolm Williams from the School of Translation, University of Ottawa, Canada. The university academics of the four universities benefited immensely from the knowledge shared and the exposure gained from these sessions.

Moreover, the Professional Learning Community (PLC) initiated by NLEAP has been very effective in promoting the Honors degree program in Translation Studies. The PLC has taken decisions to launch an international journal on Translation Studies and Interpretation to provide a valuable opportunity for the relevant academics, professionals, students and other interested parties to unveil their expertise and interest through research. Further, the PLC has suggested student exchange programmes to encourage students to learn language through immersion. NLEAP has supported the academics and undergraduates to effectively contribute to the implementation of the OLP.

The impact of language on a country’s social, economic and ethical harmony is obvious and vital. In Sri Lanka, there is a lack of public sensitivity and respect for the language rights, especially those of the minorities. Thus, all the government institutions, universities, civil organizations and all other entities should take relevant measures to ensure the linguistic rights of the people by effectively implementing the OLP. NLEAP’s contribution towards achieving this objective, a paramount need in Sri Lankan society, while being sensitive to poverty, gender inequality, gender-based violence, and other discrepancies, is commendable and exemplary. 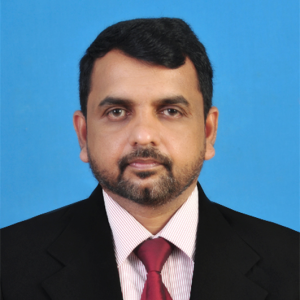 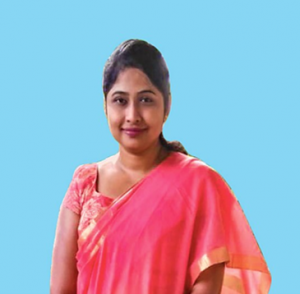