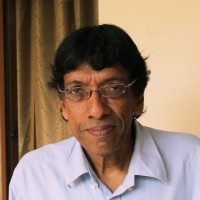 The passion and sense of threat that the issue of language generated amongst Sri Lankans has long past.  But the language problem persists.  Despite hopes of peacebuilders and Tamil-speakers, the national anthem continues to be sung only in Sinhala at Independence Day events, regular functions of the state, and even private functions. There will be a new opportunity for change when Sri Lanka celebrates its 75th anniversary of Independence next year.

Language is a way of creating unity within a group; it is also a way of maintaining boundaries between groups. Language is about identity. The threat to language is, therefore, a potential threat to group identity. Human beings understand best in their mother tongue, value it highly, and feel indignant and threatened if their language is not given its due place.  Such was the national debate in 1956 when the government decided to replace English, the language of the departed colonial power, with the language spoken by the masses.

However, as many as 25 percent of the people and three of the four main communities (Sri Lanka Tamil, Indian-origin Tamil and Muslim) spoke Tamil as their mother tongue.  There were reasonable expectations that Tamil would be one of two official languages alongside Sinhala.  But this was not to be.  There was concern among the Sinhalese majority that the Sinhala language needed special protection if it was to survive in the face of competition from the Tamil language, which is spoken by over 60 million of the world population.

The language riots of those past decades are now a distant memory.  Tamil has been an official language since 1987.  The challenge from then onwards has been to ensure that this law is implemented in the face of competing priorities of successive governments and the lethargy amongst those who do not feel the impact of discriminatory practices.

It is an uphill task, even in civil society, to ensure sensitiveness and equity in the use of the other language.  Too often those who are Tamil-speaking have to sit out of discussions that are conducted entirely in the Sinhalese as they cannot follow what is being said unless they are bilingual. The reverse is true in the Tamil-majority areas where Sinhala speakers might be similarly left out.

The National Peace Council (NPC) is engaging in a wide range of activities that foster national integration and social cohesion. There is government support that is being given to peace building activities at the local level. Government officials do not wish to have inter-community conflicts escalate in their areas which, in the past, have led to destruction of property and life. They also have an interest in strengthening their own capacities to understand the underlying issues and developing the capacity to handle tensions that may arise through non-coercive methods.

Through the National Languages Equality Advancement Project (NLEAP), NPC strengthens gender-sensitivity, bilingual communication skills of public officers, and improves their capacity to deliver public services in both official languages (Sinhala and Tamil) at national levels. There is also involvement of local community groups, the Local Inter Religious Committees (LIRCs) in auditing the performance of government institutions in their areas and suggesting reforms.

NPC is extremely happy to be supported by NLEAP in carrying out a language project in Beruwala, Trincomalee and Akurana that involves teaching government officers the language of the other community.  These government officers are in the front line of service delivery.  Their ability to be bilingual ensures that they can serve the people better with a fuller appreciation of problems and needs. An important part of the project is to go on an exchange visit to a part of the country where the other language is predominant, to identify how language problems are dealt with and to make friends. Another important activity is to audit a sample of the government institutions to identify where the government’s language policy needs to be strengthened and the gaps that need to be filled.

There is much appreciation from the field for the work that is done.  NPC has received invitations from neighboring and distant locations as well. These include Gampaha, Nuwara Eliya, Batticaloa, Trincomalee and Vavuniya. We appreciate the generosity of the Canadian people in helping make our country more inclusive and where all language groups feel a sense of belonging.